“Don’t be too hard on yourself, it’s nothing to do with IQ.”

〱 Back to Life Stuff

NeuroMarketing. If you’ve ever asked yourself, “Well, that was idiotic, what was I thinking?”  An awareness of our brain’s emotional default provides some insight.

In my NeuroMarketing I often quote the two neuro campaigns that changed our world – the Trump campaign and Brexit – where we all woke up the next day astounded that “this could happen”. Both campaigns leaned heavily on the emotions of anxiety, fear tribalism. Since then, there has been much unpacking of “what happened” and talk about “it could only have been “stupid” people” who could have voted that way. But is this true?

Stupidity is criticism. Even more so when leveled against the self. So I was interested to read* that profound lapses in logic can plague even the smartest mind. Moreover, “being stupid” is a serious research topic at leading business universities; Stanford, Princeton others. [*ref New Scientist vol 2910 pg 30-33; Sally Adee].

But what’s the point, you ask? Surely the study of intelligence would be much more useful for us to aspire to and learn from? Well, the idea is – and this is useful for business leaders – that we can be smarter about being stupid… if only we can find the cause.

There are intelligent people who are stupid. So why the paradox? Stupidity is not a lack of IQ, as has long been believed. People with IQ’s as low as 80 can still speak multiple languages and even, as frequently seen in business, engage in complex financial fraud. the cleverest people often do idiotic things. 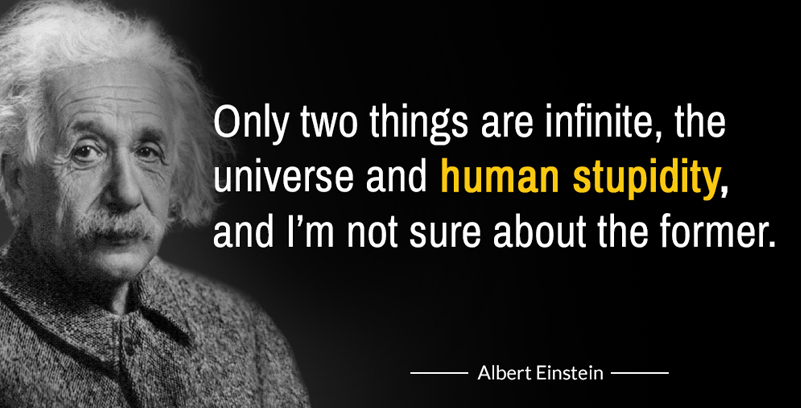 SO, CAN WE BE SMARTER ABOUT BEING STUPID?

Since 2003, the emerging discipline of NeuroMarketing has been teaching us that our unconscious emotions drive our decisions – we are not as naturally rational as we like to think. When we weigh up evidence in order to make a decision, our brain has access to two different systems; the unconscious “emotional’ brain, and the conscious “rational” brain. And IQ tests measure only one of these, the step-by-step process that leads us to conscious problem-solving.

But, here’s the thing. Our default position is to use emotional intuition. Yes, gut-feel. It’s a thing! 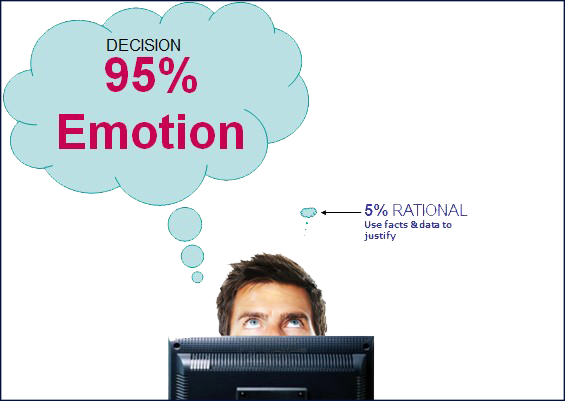 Intuitive feelings gave us an evolutionary advantage in caveman days, a survival way of dealing with information overload; and can still play a useful role in

decision making. Yet, we are hampered by the baggage that comes with our emotions – bias (prejudice) and stereotyping (a simplified, view of the situation; think again of the Trump and Brexit campaigns).

Press our emotional buttons and our is derailed. And we do or say the stupid thing.

Our bias towards a group can also lead us to group-think (consider boardroom and SA politics) even though our intelligence may put up red flags. Furthermore, we are hardwired for certainty and our emotional system is uncomfortable with ambiguity (vagueness, doubt) – hence the temptation to choose the first solution that comes to mind, even if obviously flawed. It would be wise then to heed our grandmother’s advice to “sleep on it” before we make a snap (gut-feel /emotional) decision.

One fascinating project is the joint research done at the Cass Business School in London and Lund University in Sweden by Andre Spicer and Mats Alvesson. It seems that nothing encourages stupidity more than group corporate culture. An uncritical dependence on set rules often leads to absurd decisions, the-way-we-do-things-here, often not being the most intelligent way. The project started as an investigation into how prestigious businesses manage top talent. A surprising pattern emerged. Big corporates hire highly intelligent people, but their talents are soon dumbed down. Precisely those aspects that they had been trained in, are immediately switched off, a phenomenon the researchers branded “functional stupidity”. As seen in the financial crises of 2008, the consequences can be catastrophic. “These people were incredibly smart.

They all knew that there were problems”, but culture-think and relying on algorithms that “everyone knows to be true” meant that even brilliant employees left logic at the office door.  “And the more intelligent someone is, the more disastrous the results of their stupidity”.  SO, WHAT CAN WE DO TO PROTECT OURSELVES FROM DOING STUPID THINGS?

The researchers offer this advice.  “Knowledge of our foolish can help us escape its grasp”.  We can be aware that our biases can flaw our thinking.  We can examine our first (emotional) solutions and override any prejudices.  We can sleep-on-it a little more often.  And like the little boy in the children’s classic The Emperor’s New Clothes, we can be brave and step outside the group to question the party line.

Colleen Backstrom is Director of NeuroMarketing, Kaleidoscope, a global leader in applied NeuroMarketing for Digital.  She specialises in creating B2B email and web campaigns and optimising Zoom/Teams selling by converting existing sales pitches to NeuroMarketing.

You’re never too cool to learn something new...

Success! Thank you for signing-up

Outsource your web and email marketing to us; we apply NeuroMarketing to your sales message to engage your client’s “buying” brain. And in an uncertain and emotional world - the perfect time and space in which to apply neuroscience - you now have the opportunity to make this year, your best year ever.

“One small POSITIVE THOUGHT in the morning, can change the entire outcome of your day.”